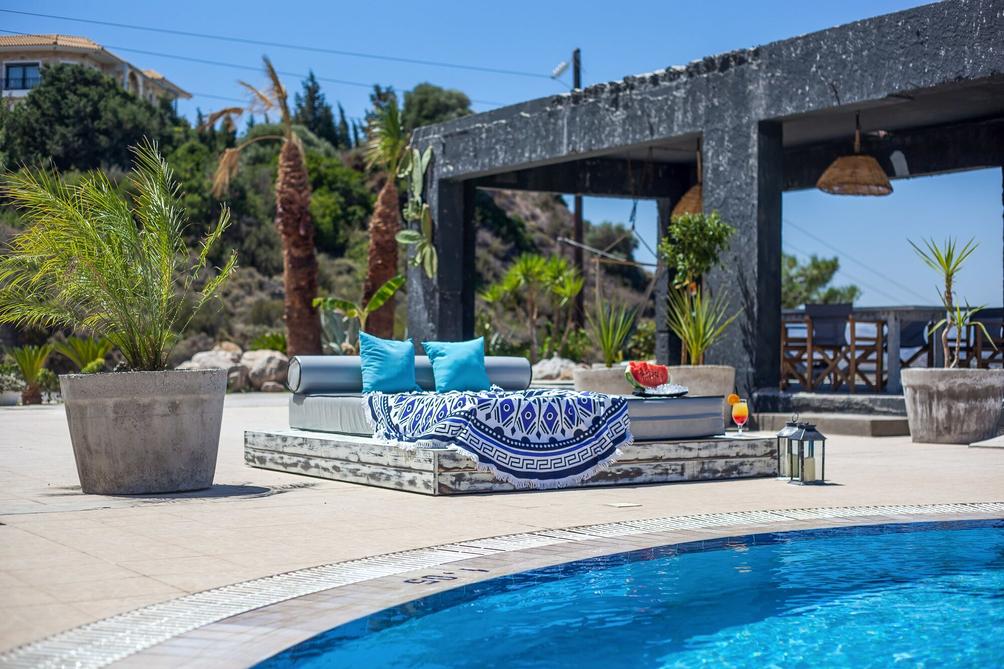 “Amazing views!”
“The outdoor pool area and bar”
“The hotel has a very nice bar zone with a nice design created with palm trees, olive trees, tables which are available. Also, they have a big pool which is quite clean with sunbeds available free of charge. The rooms have hairdryer, functioning AC and also a fridge which is really helpful during the heat waves. Also, the rooms were cleaned quite often. The staff was kind enough, we requested a room change for a double bed room and the manager was really nice and helped us out. So I suggest that if you are there and have a problem try to talk with the manager, we usually found him in the mornings near the reception. The food in the restaurant is average priced, we only tryed the gyros which was quite good. Same goes for drinks, the prices are just like in any restaurant in the faliraki zone. The stuff usually offered us peanuts or chips everytime we bought some beer or wine.”
“El personal todos muy amables, cualquier consulta que hemos tenido lo han respondido con paciencia y nos han ayudado en todo.”
“This is a family run hotel in a great location with great view over the excellent pool. It’s a short walk to a couple of great bays for swimming and snorkeling, about 20/ 30 mins by bus to Rhodes old town. The host Peter and his whole family made this a very memorable stay for us.”