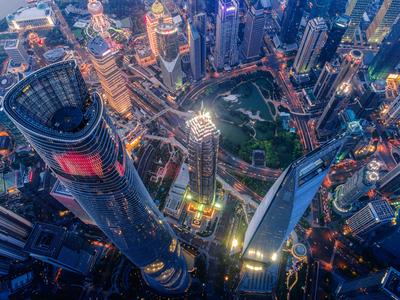 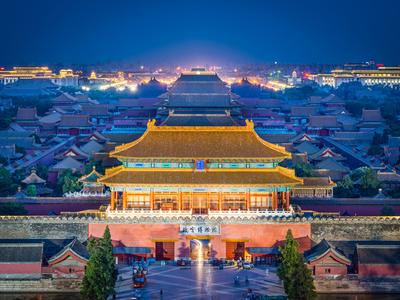 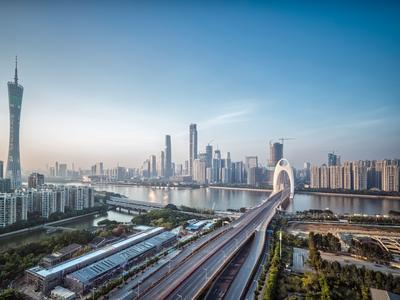 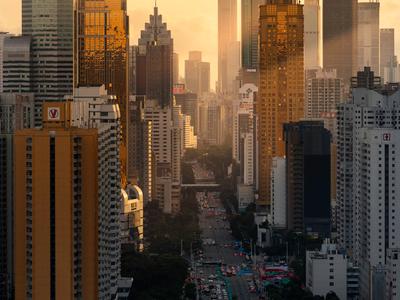 Desventajas: "The flight was fantastic. It was a long flight but the flight attendants took excellent care to keep us comfortable."

Ventajas: "I think Japan Airlines is the best airline."

Desventajas: "Boarding in New York could have been better organized"

Ventajas: "Movies"
Desventajas: "I am satisfied with AA overall."

Ventajas: "The crew"
Desventajas: "The foods could be better not up to the standard of EVA air on economy class"

Ventajas: "everything. Flying on JAL was a fantastic experience. I'm not much for flying and was worried about the long flight, but I loved every minute of it. The flight attendance were so sweet and nice, the food was great. I would even go to Japan again just to fly with JAL!!!"
Desventajas: "nothing!"

Ventajas: "Nothing"
Desventajas: "Everything. I will fly out from Narita from this point forward."

Ventajas: "The crew was very friendly and helpful! A smiling face makes a huge difference! The airline was excellent with our luggage, transfers and boarding. Easy to fly!"
Desventajas: "No entertainment. Still a long flight for kids."

Ventajas: "JAL made travelling with a toddler easy and the flight attendants were incredibly helpful and courteous."

Ventajas: "Everything was excellent crew was very helpful"

Ventajas: "Crew was very nice, movie selection was great and the 787 is a nice plane"
Desventajas: "Not a lot of room to move around (seat size) and need more bathrooms only had 4 for about 100+ ppl"

Ventajas: "The food was good. Seats were as comfortable as any flight is."
Desventajas: "There were no diet soft drinks available on the flight."

Ventajas: "All fright attendant are so nice and polite, also pretty. The meals are great and they served nice ice cream for dessert, the good quality ones! The bathroom was always clean, they keep it up so well. there was even toothbrushes and paper cup! I really enjoyed it even though I was in economy."
Desventajas: "only limited number of movie."

Ventajas: "Service is amazing ! JAL is handsdown the best ever. The staff, crew and overall flight was great..."
Desventajas: "The horrible JET LAG I have now lol."

Ventajas: "I liked the overall service and professionalism."
Desventajas: "The entertainment selection was limited, it was an older system I assume as the screen was not touchscreen."

Ventajas: "The majority of the crew had facials that made me feel like I shouldn't talk to them. The food wasn't the best but that was expected. There was movies and shows that kept me entertained for a while. Seats are normal couldn't walk or get up often because of turbulence."

Ventajas: "There was a huge amount of new and classic movies to chose from to pass the time. The crew was friendly and professional. The food was decent. I like the variety of food choices and some of the dishes were delicious (salmon and rice). The seats are pretty comfortable. They aren't great for sleeping in, but the flight was decently quiet and dark for some time. I would recommend bringing a pair of earplugs and a neck pillow."
Desventajas: "The bread could be better. I would have the bread be softer and warm. A warm croissant as a substitute would be amazing.The butter could be softer (like margarine) so that way it can actually be spread onto the bread."

Ventajas: "Flight crew are very courteous and helpful. Comfortable seats and better leg room space in the economy section."
Desventajas: "We were delayed and stayed in the plane for 3 hours and flight was almost cancelled. Could not really understand why there was a delay or why it would have been cancelled."

Ventajas: "JAL has customer service that no other airline comes close to."
Desventajas: "Nothing, JAL is perfect. I mean it"

Ventajas: "Flight attendants were super helpful and lovely, couldn't have asked for better. Very pleasant experience. Plane was clean and tidy and they arranged us all so the majority of us had a spare seat in the middle which I'm sure everyone appreciated."

Ventajas: "It was the best flight and airline I have flew so far. The crew was extremely professional and very helpful, the space between the sits was great and I didn't feel cramped into the sit like on any other airline. Food was excellent also!"

Ventajas: "food was great movies are updated flight attendants are professional and courteous"

Ventajas: "Very professional staff, on time schedule and a beautiful plane. I would give them 20 stars if I could. It puts US airlines at shame."

Ventajas: "Overall flight was comfortable and staff was friendly."
Desventajas: "No details were provided about the food on offer. I didn't know what I was eating and no options were provided"

Ventajas: "I loved the crew, for the most part the food, and the large screen to."
Desventajas: "The bed was uncomfortable, in that the arm rests disappear when you lay flat the bed. A petty thing since at least it was business class, but without taking pillows from empty seats it was uncomfortable when lying on one's side and nowhere to put arms."

Ventajas: "Customer service was awesome and the food was good"

Ventajas: "Premium economy is marginally better than economy in terms of seat."
Desventajas: "Probably worst food ever on a flight. Crew, from Hong Kong, struggled with either Jaoanese or English."

Ventajas: "This is the best airline I have ever taken. Staff were attentive, boarding was quick and efficient and there were lots of meals, snacks and drinks. In-flight entertainment selection was also great."

Ventajas: "For a little bit more cost than regular airlines, JAL makes you feel like you are flying a better version of business, while still being in economy."
Desventajas: "No complaints."

Ventajas: "Seat was broken would not lock in upright position. Seat entertainment screen was also malfunctioning in the on position."

Ventajas: "ANA flights are always well run and good enough."
Desventajas: "Their iphone applications could be smoother and more functional."

Ventajas: "Logjam Manila traffic, confusion at MNL, late for check in, but staff got me on the plane. Then my suitcase was busted open at Chicago O'Hare on the conveyor belt and ANA issued me a replacement on the spot. Two problems [ not their fault ] handled beautifully. ANA is truly amazing. Thank You !!"

Ventajas: "I like the service. I love the food,"
Desventajas: "Nothing for complaining, everything is good"

Ventajas: "Empty seats"
Desventajas: "Only snack No entertainment No chargers"

Ventajas: "That it didn’t crash"
Desventajas: "It was very delayed and then the luggage still hasn’t come out"

Ventajas: "Service by the crew and how boarding is organized by different queing lines for quick and more efficient boarding process."
Desventajas: "The personal entertaiment touch screen worked intermitently. When the touch screen did not work, i had to use the remote control to do what i want it to do. Boarding process experience can be improve with better sign for the queing lines and have boarding crew station at end of every quing lines to make sure all passengers are queing in the correct line."

Ventajas: "The crew are all nice and helpful"

Ventajas: "ANA's entertainment service is quite nice! I don't get bored on the plane. They always keep the washroom clean and I always appreciate it."

Ventajas: "All the service was good."
Desventajas: "My only question is???? When I went to Mexico City from Yangon my baggage was 32kilos. When I came back my baggage was for 23 kilos. I had to pay for my extra weight. I didn't understand why the weight change????"

Ventajas: "Everything went well. ANA customer service wonderful, both at the counter and on the plane. Loved the meals, and fun to watch the available movies and shows at your seat."

Ventajas: "The most impressive is consistenty great service from check in, in the air and online costumer service.. they are very pleasant , humble and genuine, always trying giving what you need."

Desventajas: "Everything perfect for me!"

Ventajas: "The crew were very kind and helpful, I was having a sore throats and asked for a candy if possible, the crew answered immediately yes and came back with throat candies that I exactly wished for."
Desventajas: "The flight was having pretty bad turbulence but there was no explanation from the pilot or anything. Also I also took the same flight on my way to Mexico from Tokyo about 10 days ago but there was better food and beverage sevice."

Ventajas: "I've flown with ANA before and they never fail to impress. Service is impecable, staff are nice and the new boeings are awesome. Seats can be a bit cramped but we were in economy and it's a 9 hour flight so some discomfort is expected. The 3 meals served are complimentary and very much appreciated. The entertainment system is an easy to use touch screen with great options from Hollywood and other movie sources."

Ventajas: "Great airline!"
Desventajas: "some of the gates can be long walk"

Ventajas: "ANA has great service, because they staff trip you very well. Everyone worry that you have a great experience, before and during flight."

Ventajas: "I took flight Mexico-Narita on economy and it was comfortable enough for a 14 he trip. Food was great and entertainment was bast."
Desventajas: "Nothing in particular"

Ventajas: "Fan tasting service by the crew members from the point of check in. Very attentive to all details."
Desventajas: "Nothing"

Ventajas: "ANA staff are generally well trained (but are you really allowed to land with your laptop open on your lap as some people were?) ... good service overall, good movie selection, food varies from OK but boring to very good indeed ."
Desventajas: "Both meal A and B selections would have caused problems for people with shellfish allergies. One was a seafood doria so they have me the other meal. The other had a sauce with seafood extract in the ingredients. I can read Japanese so didn't eat it, but there wasn't any English information on it."

Ventajas: "Attendants are helpful and polite. There is actually leg room in economy section. And they were on time on all 4 legs we flew with them."

Ventajas: "The food was excellent and the flight attendants were courteous and thoughtful."
Desventajas: "I slept through a meal."

Desventajas: "My suitcase was "lost" in Tokyo/Narita on the way to Shanghai. Don't know what happened. Got my luggage two days later. This isn't Kayak's fault. ANA should've done something to make this right."

Ventajas: "The seat had good width since I am 6"1 , unlike most American airline the comfort level is much better, not cramped."
Desventajas: "Not much all good"

Desventajas: "The lack of legroom in economy class is a serious problem on long flights. I am only 6' tall/145 pounds, Window and middle seats are are not an option for me. This fact Is a strong disincentive to travel (no, I am not willing to pay the upcharge for the minimal legroom increase, i.e. to make that charge worth paying considerably more room would have to be provided."

Ventajas: "Great experience, the service was the best part."

Ventajas: "I love the idea to have a non stop flight and the seats are very comfortable to be this an excellent flight just need to give more snacks that would be great :)"
Desventajas: "Took to much time the boarding and we needed more snacks"

Ventajas: "I CAN NOT USE MY TICKET, I WAS IN THE AIRPORT AND THEY SAY I CAN NOT FLY, AND THIS COMPANY SOLD ME A TICKET WHEN I NEED A TRANSIT VISA IN CANADA, AND I CAN NOT FLY, I GOING TO CALL THE EMBASSY AND I WANT TO RESERVE MY TICKET FOR USE IT LATER BUT NOBODY HELP ME, NOBODY TELL ME WHAT I NEED"